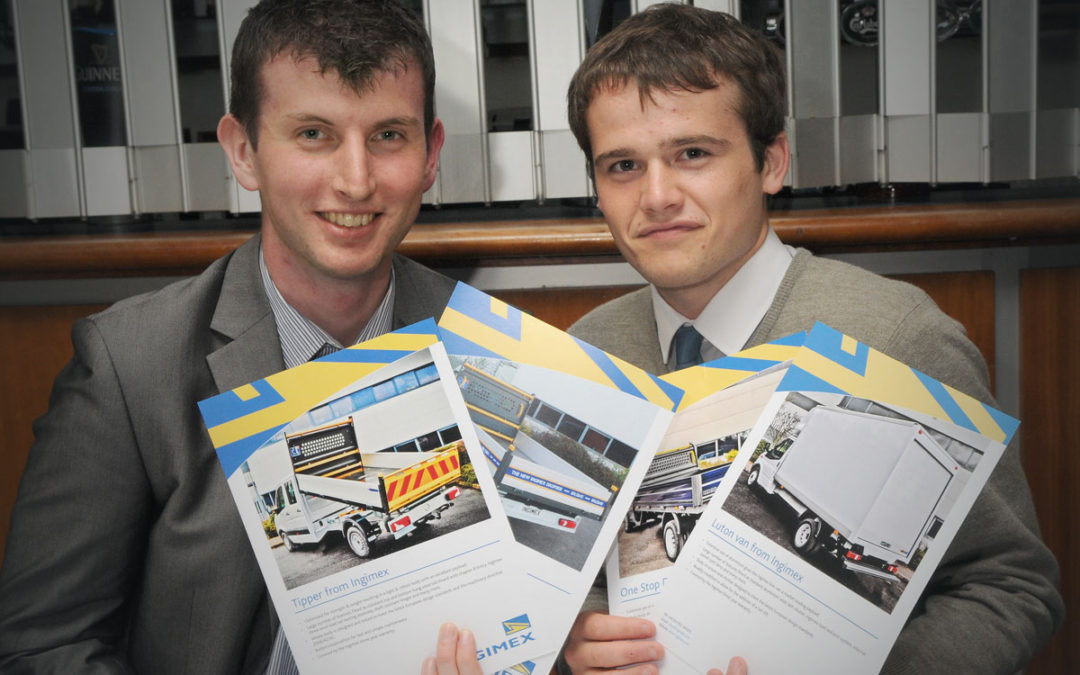 Clearly the success of past Ingimex Year in Industry Student, Adrian Schmieder, has inspired this year’s batch of students as here we are yet again heading to the National finals in London!

The Year in Industry scheme works with 300 UK companies to provide university students with work placements relevant to their degree and career goals. This industry experience is key to finding a job after leaving university. Ingimex has been working with the Year in Industry scheme for the past 3 years and benefits greatly from this scheme. We find that the students that come in through year in industry are highly motivated and keen to make the most of the opportunity. Their project work has been invaluable to our business over the last three years.

Last year our student Adrian wowed the judges with his engineering prowess at the regional finals and then the Nationals (see Adrian’s story here). This year, TWO Ingimex Year in Industry students were selected from a group of 30 students drawn from the East and West Midlands. Ciarán McEvoy and Oliver Wadey succeeded in attracting the judges’ attention and were shortlisted with 14 other students to give a 15 minute presentation on the project they have been working on during their time at Ingimex.

Oliver, working in the Ingimex IT department was instrumental in making sure Ingimex comply with EC Whole Vehicle Type Approval (ECWVTA) legislation. His work on removing inefficiencies in the chassis control process flow freed up enough time to move the creation of ECWVTA labels into that area of the business.

Meanwhile Ciarán was busy working in the Luton van line for the Engineering department. His design and implementation of a panel handling trolley removed a bottleneck from this area of the line, improved operator safety and freed up the three way crane, which was very much in demand. The time saving gained from Ciarán’s project gives Ingimex some much needed additional capacity in the van line.

Following their presentations; the 16 students were whittled down to 8 from the West Midlands area, with Ollie and Ciarán included, which saw them heading off to the regional finals at Pride Park Stadium in Derby. With only one winner going through to the National finals Ollie and Ciarán were pitted against each other, but it was Ciarán who came out victorious, leaving Oliver and the two remaining students in his wake.

The judges made it plain that it was a very close final and they had a difficult time picking a winner – so Oliver should be very proud of his achievement.